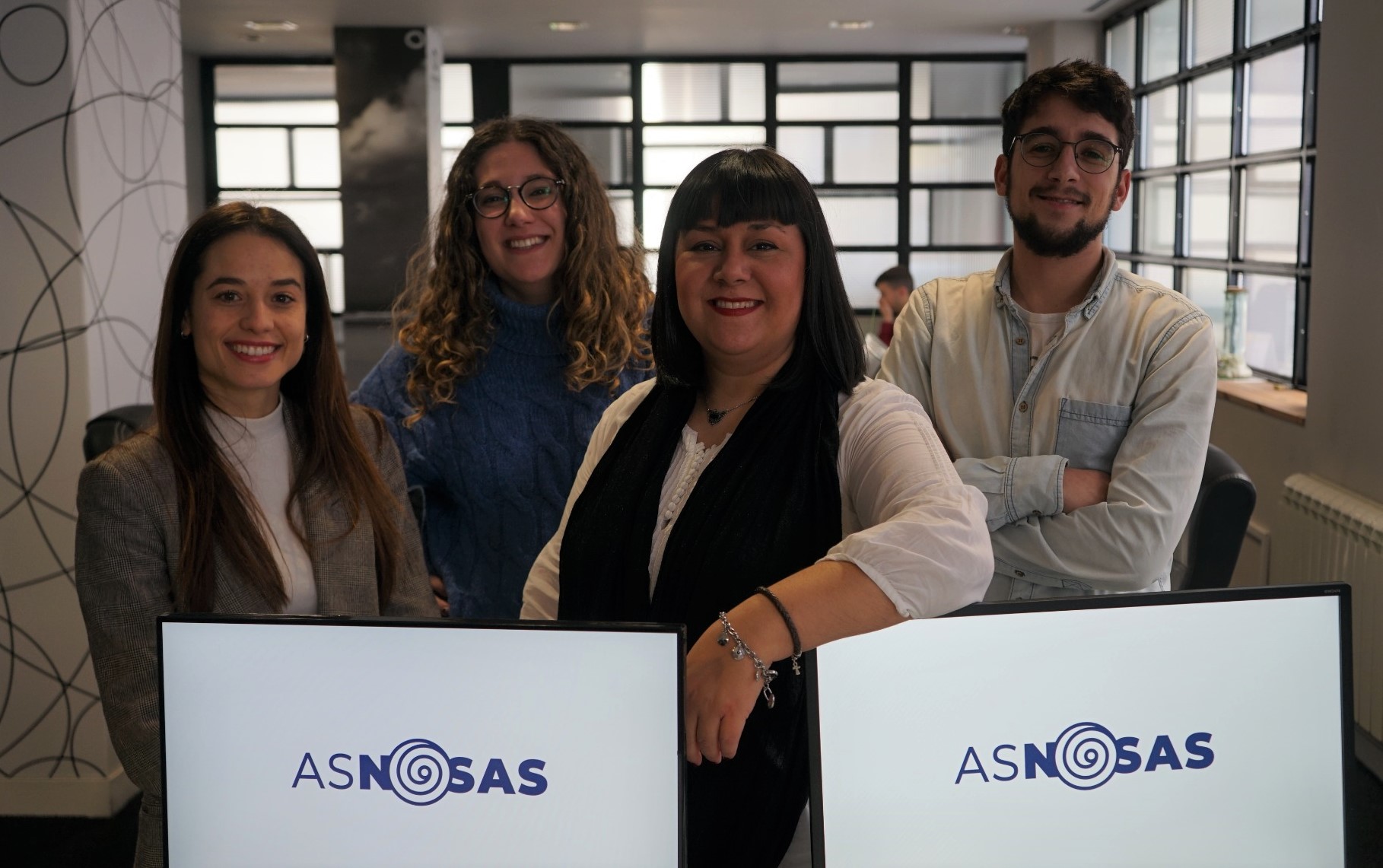 We interview Silvia Carregal, editor of asnosas.gal, a women’s sports news portal, about the role of women in sport and the place of sports in the lives of Galician women.

Question: Who are you and what do you do?

Answer: We are As Nosas, a digital newspaper that focuses its contents on making visible the role of women in sports in Galicia. The creation of this medium was designed to give women the prominence they deserve in this field and that they were not having. We provide a gender perspective and try to promote values such as equality, respect, healthy competitiveness and at the same time sorority in everyday life. We want to emphasize that the practice of sports is incorporated into healthy living habits.

We inform, we make visible and, with that, we believe that we collaborate in the empowerment of the Galician women in sports.

We do not only focus on active athletes, we talk about pioneers and also judges, coaches, fans or managers, for example.

We report information on common sports in other sports media such as football or basketball. We also cover other sports such as handball, indoor soccer, volleyball, roller hockey, athletics, skating, cycling, roller derby, skateboarding, karate, rugby, taekwondo, surfing, motoring, weightlifting, badminton, wrestling, swimming, sailing, water polo… The list is very long. It is hard to imagine the number of sports that are practiced in Galicia. Many people are amazed at the variety.

Q: Which is your history and your main jobs or activities during this time

A: We started our path in January 2020. During the previous months we had been polishing the web and establishing contacts with different clubs, athletes, federations, so that they meet us and know about our project. We took the opportunity to make a short history before the newspaper As Nosas came out with content in all sections.

We had in mind to be able to give good coverage of the Tokyo Olympics and the role that Galician athletes would play in that event, but then COVID-19 arrived and postponed the appointment. It also meant the abrupt end of all competitions.

At the beginning of the pandemic we were reporting on what was happening with sports matches, with promotions, descents, etc. Then, during the lock down, we were offering information on how Galician athletes faced a stage in which the practice of sports was confined to their homes. It was very interesting to realize the creativity that many players and clubs have put in this time to stay active, maintain group dynamics and not lose sight of their sports.

With the return of competitions, although bearing in mind the strict protocols that each discipline has, the sport has returned to maintain a certain normality despite the constant postponements of competitions because of positives that isolate groups of athletes. Protocols are being tightened to preserve the health of female athletes and their environment.

In these months we have not only talked about competitions and results, we have also done reports on women in the world of sports from social, or health perspectives.

Some examples are the report we published on how athletes deal with motherhood. In ‘The difficult decision to be a mother when you’re an athlete’ we wanted to contribute three different ways of living that experience. We spoke to three women athletes who decided to be mothers at different times in their sporting careers.

Another report that talks about sport beyond competition, as a social resource to stay active and that the account that physical activity has no age, is what we did about the Cachibol. More than cachibol, it is an illusion speaks of a group of women and men (it is a mixed sport) who, despite being a certain age, meet regularly to train and play in Ourense a variety of sports that bear similarities to volleyball. For them the most important thing is the social relationship that is generated. The activity pulls them to go out, relate, and stay active.

On the 8M we did a choral report, talking to the protagonists, as an attempt to clarify whether the role of women in sport in Galicia was egalitarian. And recently, on World Breast Cancer Day, we spoke with a group from Vigo that practices Nordic walking and participates in a study on the benefits of this sports technique in people operated for this type of tumor.

As you can see in As Nosas there are not only previews, chronicles and classifications, there is much more.

Q: What are your plans for the future? Where do you want to go?

A: We want the most timeless reporting part to grow. We seek to offer the audience a differentiated information proposal with Galician women as the fundamental axis, but which can show its role in this context from different angles.

Q. What is your website? Why did you choose that name? And why do you prefer the .gal domain?

A: Our website is asnosas.gal. We chose that name because we were going to talk about our athletes, our women. In the world of sports there is usually a sense of belonging to some colours. We wanted to convey the idea that we were supporters of them, of our Galician female athletes.

Q: What do you think the .gal domain offers you?

A: To begin with, identify us with a language, Galician, which is the vehicular language in As Nosas. We consider that if we were going to talk about women in sports in Galicia, the coherent thing was to do it in Galician. When someone enters a .gal domain, he or she assumes that its contents will be in Galician.

We are part of a community with its own language that makes us unique people and having spaces on the internet that offer content of all kinds, including sports, makes our idiosyncrasy to be reflected entirely in a communication channel that is majority nowadays.

The .gal identifies us within the Galician collective that is who we are addressing to.

Q: Thank you very much, Silvia. Is there anything else you want to say before saying goodbye?

A: There is little more for me to add. Thank you for allowing us to make our environment known to those who, perhaps, do not yet know it and to invite those who read us in this space to visit www.asnosas.gal and discover all that women’s sport has to offer. On social media we are @asnosasdeportes you can find us on Twitter, Facebook, Instagram and YouTube. See you on the net!